These are scary times to be a consumer of financial news. There’s no shortage of talking heads predicting that a recession is coming in 2023. The only question — they would have you believe — is whether it will land soft or hard.

I’m an optimist. I see silver linings in storm clouds. However, it doesn’t hurt to be ready for all possibilities. There will continue to be winning investments out there if the economy takes a hit next year. Three stocks I’m looking at to weather the potential storm are O’Reilly Automotive (ORLY -0.93%), Netflix (NFLX -0.91%), and Rent-A-Center (RCII -0.09%). 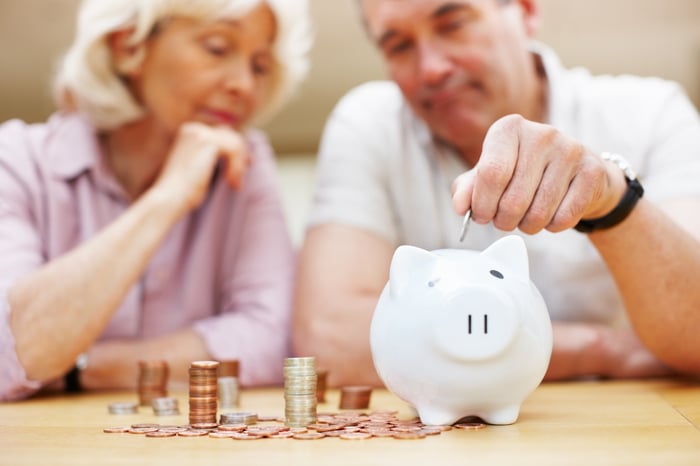 A retailing bulwark when money’s tight is auto parts. We’re not going to buy new cars when the economy is running on a flat tire, and that means we invest in maintaining our existing vehicles to keep running. O’Reilly Automotive is a niche giant with more than 5,900 stores.

It’s an all-weather winner. This will be the 30th consecutive year of positive comps for O’Reilly, and those steady gains stack up. The 7.6% increase in comps it posted in its latest quarter is actually a 31.2% gain from where it was in the third quarter of 2019. How many retailers do you know of whose store-level sales are 31% ahead of pre-pandemic levels?

Crack open the hood and the story gets even better. Just as O’Reilly shoppers are taking care of their rides, the retailer itself is making sure that it’s running on nearly all cylinders. The only engine knock here is its high debt in an environment of rising rates, but no stock is perfect. It’s also good for the money. O’Reilly is a cash machine, and it’s not afraid to improve its profitability on a per-share basis by gnawing away at its share count. It has repurchased $3 billion of its stock so far this year, stretching its streak of lowering its share count to 12 years. There’s no dividend here, but you have to admire a thriving recession-resistant winner that has cut its share count by more than half since 2010.

A streaming service may seem like more of a luxury than a necessity, but Netflix offers the binge-worthy creature comforts that more than 223 million homes worldwide crave at the end of the day. There may not seem to be much of a moat in the wide universe of video entertainment, but Netflix always seems to be the place with the shows and movies that everyone is talking about.

Netflix is also conveniently positioned for a downturn. After years of rate hikes — six over the past nine years — the platform finally gave cash-strapped viewers a break. It recently introduced an ad-supported plan, which at $6.99 a month is 30% cheaper than its basic $9.99-a-month subscription.

Giving viewers willing to put up with marketing missives a price break may seem like a desperate move, but that’s not the case here. Netflix expects to make at least $3 a month in ad revenue from each of those users. With folks likely spending even more time streaming Netflix at home during a recession, there will be more sponsored spots. Advertisers that have struggled to get in front of Netflix subscribers finally have a way to reach them, and they will pay a premium for that juicy audience.

Finally we have Rent-A-Center. An economic slowdown typically leads to the tightening of consumer credit, and that drives folks who can’t afford to buy furniture, electronics, and other home essentials up front to the rental options offered at Rent-A-Center.

This hasn’t been a good year for Rent-A-Center. The stock has been roughly cut in half in 2022. It has posted back-to-back quarters of double-digit percentage declines in revenue. Rent-A-Center acquired lease-to-own specialist Acima two years ago as a way to beef up its e-commerce platform and point-of-sale support for digital transactions, but as with many retail concepts, it’s been a struggle to woo shoppers in an inflationary climate.

Craig-Hallum analyst Alex Fuhrman is still initiating coverage of the stock on Monday with a bullish rating. He sees Rent-A-Center thriving in the next economic cycle. The stock’s 5.8% yield could also prove compelling to income investors.

If you’re worried about what to invest in during a recession, O’Reilly Automotive, Netflix, and Rent-A-Center are a good place to start — now — before other investors get the same idea.

Energy sector 'could absolutely do well again' in 2023, says analyst

Report: Cybersecurity giant Wiz to pull cash out of Israel due to judicial shakeup – The Times of Israel

'The worst is over': Tech investors are bullish on investing in China again – CNBC