After months of anticipation, Duke Energy has submitted its plan to nearly eliminate its climate-warming carbon pollution by midcentury — the centerpiece of a bipartisan energy law adopted in North Carolina last year.

As Duke had previewed before Monday’s filing, the “Carbon Plan” isn’t a single proposed strategy but four portfolios for curbing emissions, and it will take weeks before clean energy advocates have fully analyzed the mountain of documents.

In a twist, Duke isn’t asking regulators to choose a single scenario from among the four. Instead, it wants permission to pursue the short-term investments common in all the pathways, with the leeway to branch off into more specific routes in the future. “We’re not saying they have to choose one portfolio at this time,” said Duke spokesperson Bill Norton. “We’re saying: ‘here’s what we need to start with.’”

Those near-term actions help clarify the battle lines that will play out over the next several months — with Duke prioritizing an “all-of-the-above” strategy that includes fossil fuels and experimental technology, and advocates pushing for quicker, more aggressive investments in wind, solar, battery storage and efficiency.

Each scenario shows Duke building small modular reactors — a style of nuclear plant still in the development phase — and doing little to prepare for the long-term buildout of offshore wind. All but one delays a key benchmark in the carbon law, achieving a 70% cut from its carbon pollution by as late as 2034 instead of 2030. Every strategy includes nearly a dozen new natural gas plants.

“I was surprised and dismayed to see that each of the new portfolios had a lot of new gas,” said Gudrun Thompson, a senior attorney with the Southern Environmental Law Center, “particularly since we need to be phasing out reliance on fossil fuels.”

Now, Thompson and other stakeholders will begin crunching their own numbers, sketching out their own plans and combing through Duke’s four scenarios line by line. Their comments are due in July, when the seven-member utilities commission will also hold several public hearings.

“We look forward to presenting the Commission with an alternative plan that could reduce emissions while avoiding risky investments in new fossil-fuel infrastructure,” Maggie Shober, research director at Southern Alliance for Clean Energy, said in a statement.

‘Every year delayed…’: a question of timing

Thompson isn’t confident the law allows the approach Duke suggests of following multiple pathways. And the commission could select a plan submitted in July or develop one all its own. But Duke’s filing highlights key questions the panel must resolve by the year’s end, when the Carbon Plan must be finalized.

Timing is one. The 2030 deadline in last year’s law isn’t arbitrary: climate scientists believe sharp emissions reductions are needed by then to avoid global warming’s most catastrophic impacts, and the same date is reflected in the state’s Clean Energy Plan, which the commission instructed Duke to incorporate into its Carbon Plan.

Though the law allows for a two-year delay for almost any reason, and an indefinite delay where nuclear or offshore wind is concerned, that flexibility should only be utilized as a “last resort,” Michelle Allen, project manager at Environmental Defense Fund, said in a written statement.

“The warming effects of climate change are largely dependent on the buildup of carbon pollution over time, making early and persistent pollution reductions a critical component of real climate progress,” Allen wrote. “Every year delayed can lock in decades of additional climate impacts for North Carolina families, farms and businesses.”

“They could easily get 1,500 megawatts from Kitty Hawk and 1,500 from Wilmington East,” she said, naming two North Carolina offshore wind energy areas, “if they started building the infrastructure now.”

And while that much offshore wind could ultimately prove too expensive in the near term, advocates maintain the 2030 goal is within reach without violating the law’s requirements for a plan that is “least cost” and ensures reliability.

“Based on what we do know about the cost of renewables, and storage, and energy efficiency, those resources are increasingly low-cost,” said Thompson. “I’m optimistic that our experts will be able to craft a least-cost plan to meet the carbon targets on time relying on clean energy resources.”

Duke asserts that all four of its portfolios will achieve net-zero carbon by 2050. But the vast majority of the hundreds of pages of documents submitted Monday focus on what generation resources the company will build in the next 15 years with little detail after that.

“It’s too early to predict what we will add after 2035,” said Duke’s Norton. “The good thing about this process is we have to update it every two years.”

But advocates say preparing now for the midcentury mark is critical. For instance, the two sole charts that do sketch out Duke’s generation portfolio appear to greatly underestimate offshore wind potential in 2050 — with only one exceeding 800 megawatts and one with no offshore wind.

“That’s ridiculous,” Kollins said. “By 2050, we should be planning for 8 gigawatts of offshore wind, and if we don’t start thinking about the land-based transmission upgrades required to do that, we will set ourselves up for failure.”

The midcentury projections show the entirety of that gas fleet still online. A small portion of them appear to be burning hydrogen instead of gas, but it’s not clear what the rest are doing — fulfilling advocates’ worst fears.

The “fracked gas plants,” David Rogers, Southeast deputy regional director for Sierra Club’s Beyond Coal campaign, said in a written statement, “will leave Tar Heel families on the hook for billions in stranded costs as these polluting facilities rapidly become obsolete and gas prices continue to be volatile.”

‘The best path forward for consumers’?

The fate of the gas infrastructure raises another key consideration for utility commissioners: cost. Critics have long contended that Duke undervalues renewables, lowballs the cost of future fossil fuel prices, and disregards the risk of building plants that could become unusable before they’ve been paid off.

During Duke’s last 15-year planning docket, a raft of independent studies found that earlier coal plant retirements, combined with renewables and storage, all came in cheaper than a reliance on more gas plants. One analysis from the Energy Transition Institute found that if Duke added 9.6 gigawatts of gas by 2035, such stranded assets could cost ratepayers in both Carolinas $4.8 billion.

This year, Duke’s four scenarios vary relatively little in cost, ranging from $95.2 billion to $101.1 billion in net present value by midcentury. Norton said the figures reflect past critiques of the company’s accounting. Still, alternative cost projections from advocates are sure to appear in the coming weeks.

“The exhaustive analysis completed by all stakeholders to date has repeatedly concluded that the best path forward for consumers and the climate is one that prioritizes energy efficiency, wind, solar and battery storage,” Luis Martinez, senior attorney with the Natural Resources Defense Council, said in a statement.

Duke has made no secret of its interest in small modular nuclear reactors, telling Bloomberg News in February it was in talks with several nuclear companies about purchasing the nascent technology. The pathways the company submitted Monday highlight another key decision point for commissioners: how new nuclear should factor into the Carbon Plan.

Proponents believe the small plants will be safer to operate and cheaper to construct than large plants. Duke included two new small modular reactors by 2035 in each of its four portfolios, with the expectation to build from there.

But while most clean energy advocates accept large, existing nuclear power plants of about 1,000 megawatts as part of a zero-carbon future, they’re at best skeptical of small reactors less than 300 megawatts.

No such plants are up and running today in the United States. Critics say one faulty production run of a part could produce widespread problems. And it’s an open question whether small nuclear plant construction can avoid the massive cost overruns that have lately dogged the large variety.

“Instead of investing in clean, cheap, safe and abundant sources of energy, Duke plans to pour enormous sums of money into extremely expensive, potentially dangerous nuclear plants that don’t even exist,” said Ken Cook, the president of the Environmental Working Group, when Duke first revealed its plans to Bloomberg.

At a minimum, Southern Environmental Law Center’s Thompson said, Duke should preserve the option to wait on the new technology.

“I do think it would be prudent to have at least one portfolio that doesn’t bank on small nuclear reactors, given that the technology is not really commercialized yet,” she said. “I  think the jury is out on whether you actually need those to meet the near term targets.”

Property tax bills being mailed out this week 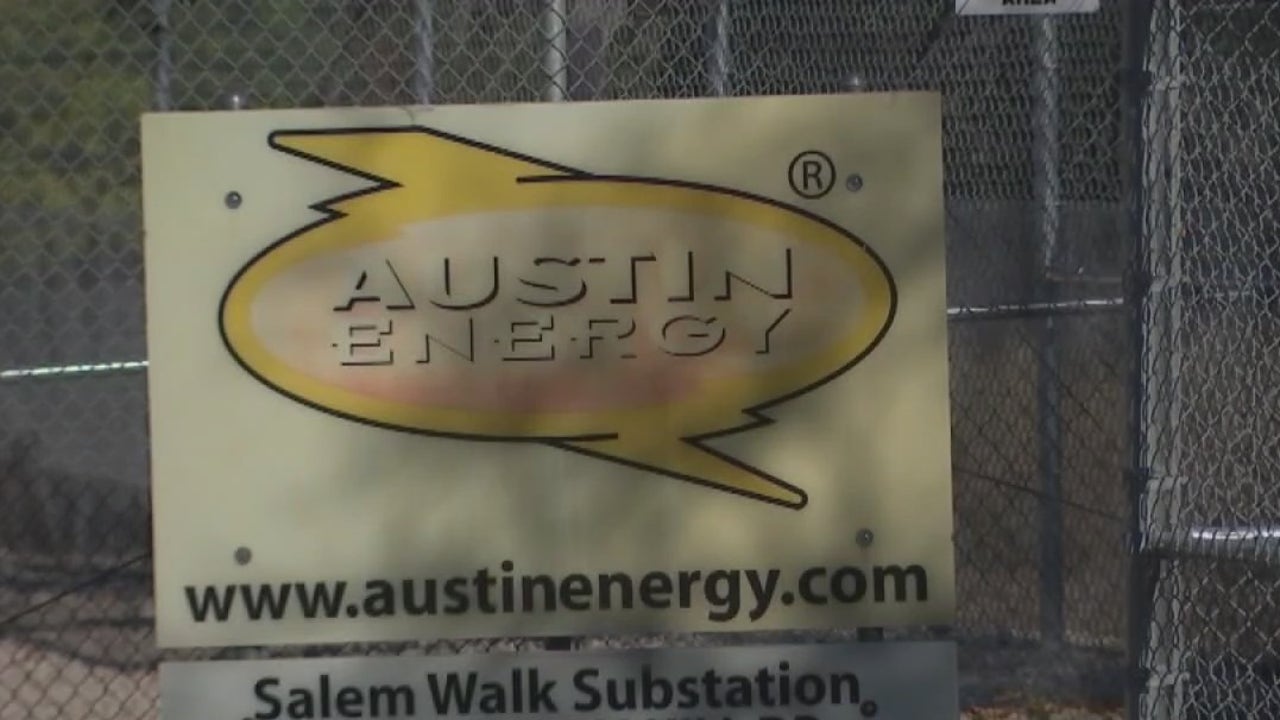 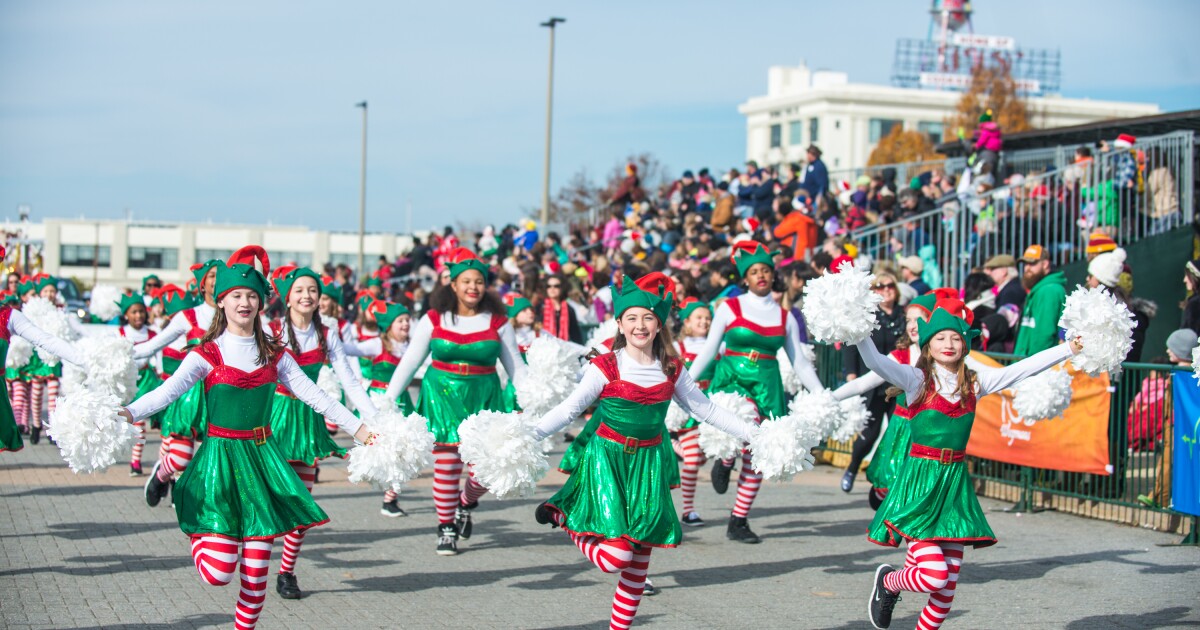