In the past, political investigations that have threatened Trump have only increased his superpower appeal to supporters. But federal agents on Monday acted on a judge-approved warrant, which suggests they had probable grounds to believe a crime had been committed. They focused on Trump’s offices and personal quarters in his Mar-a-Lago winter residence while the former President was away in New York.

The news was one of the most staggering twists yet in the story of Trump, who was impeached twice, incited a mob riot to try to overturn his 2020 election loss and constantly tore at the guardrails of his office and democracy during his single term, and afterward, like no other President.

It threatened to inject new toxins into the political life of a nation that is hopelessly divided — with millions of Trump supporters already believing his lies that the 2020 election was stolen — and that on many issues no longer has a common understanding of truth itself.

It also comes with the ex-President itching to launch a 2024 campaign rooted in his false claims of electoral fraud, which his authoritarian rhetoric suggests would present a profound challenge to democracy. That looming campaign will likely feed on the political rocket fuel of a perception among Trump supporters — which he himself created in his statement announcing the search Monday — that he is being unfairly persecuted.

Trump seizes on the search to fire up supporters

Trump was quick to put a political spin on the operation, claiming that his “beautiful home” was “under siege, raided and occupied” while complaining that he was a victim of the “weaponization of the Justice system” by Democrats who wanted to stop him from becoming president after the 2024 election. His statement used the same explosive language and sense of grievance that motivated some of his supporters to violence in Washington on January 6, 2021.

“Such an assault could only take place in broken, Third-World Countries. Sadly, America has now become one of those Countries, corrupt at a level not seen before. They even broke into my safe!” Trump said. He did not mention that the search was conducted on the basis of a legally authorized warrant.

In some ways, his statement, in itself, read like the opening salvo of a new presidential campaign built around a narrative of persecution by deep-state forces, familiar from the approach of other strongmen leaders around the world.

The FBI and Justice Department declined to comment on the search. President Joe Biden was unaware of the search of Mar-a-Lago until after it was reported on the news, according to a senior administration official.

Without knowing whether Trump had broken any laws, many Republicans picked up Trump’s lead, reacting furiously, demanding the Justice Department explain itself and claiming the ex-President was victim of a political vendetta. House Minority Leader Kevin McCarthy, whose hopes of becoming speaker rely on Trump’s patronage, immediately vowed to investigate Attorney General Merrick Garland if Republicans win the House of Representatives in November’s midterm elections.

Florida Sen. Marco Rubio, who’s facing voters this fall, tweeted: “Using government power to persecute political opponents is something we have seen many times from 3rd world Marxist dictatorships But never before in America.” Florida Sen. Rick Scott, who chairs the Senate GOP’s campaign arm, wrote on Twitter: “We need answers NOW. The FBI must explain what they were doing today & why.”

The instant reactions supportive of the former President, more testimony to his enduring power within the Republican Party, were also an early sign how this investigation will face extreme political pressure. Those responses may also show that the ex-President’s potential 2024 campaign could benefit from the rallying effect of a government investigation that he can portray as politicized and unfair — and that potential GOP rivals may have little option but to rally around too.

But the magnitude of Monday’s events should not be underestimated, even if the question of whether the former President was in real danger of being charged with a crime — in what would be a stunning, historic step — was not immediately clear on Monday night. The exact parameters of the search warrant were also not available. Presidents have the capacity to declassify sensitive information, and it was not clear whether Trump might have taken such steps with the material involved. Former Presidents do not have such powers, however. CNN reported that boxes of items were taken by the FBI after the search on Monday. And Trump’s attorney, Christina Bobb, said the bureau seized “paper” after what she said was “an unannounced raid.”

A most sensitive decision

Taking such action against any major political figure would be highly delicate. Given Trump’s status as a former commander-in-chief, it is especially grave. And the ex-President’s history of inciting anger and violence makes this about as sensitive a move as is possible to make.

It is clear that the top levels of the Justice Department and the FBI would have signed off on the decision to search Trump’s resort — in full knowledge of the explosive political reverberations that were certain to be unleashed.

“I cannot overemphasize … how big of a deal this would have been within the Department of Justice and the FBI,” former FBI Deputy Director Andrew McCabe said on CNN on Monday evening.

“This is something that would have been planned out and reevaluated and legally examined from every possible angle by the entirety of the leadership structure of both organizations,” McCabe, a CNN law enforcement analyst, said.

Given the political implications, there is no room for error for the Justice Department or for the FBI, whose director, Christopher Wray, is a Trump appointee. There was never a doubt that Trump would react to the search by lighting a political touch paper. His false claims that the 2020 election was stolen have already helped incite an insurrection.

The stakes for the investigators and for the country’s political future are, therefore, enormous. Those implications would only become more critical if it later emerges that the FBI search was not conducted by the book or was not critical to the nation’s national security. The political sensitivities are so acute that it is easy to see how a failure to prosecute Trump after taking such a public step would raise questions over whether the search was justified. That said, in order to secure a warrant to search Trump’s property, FBI officials would have had to prove to a judge that there was probable cause to believe that a federal crime had been committed and that evidence of such could be obtained at the resort.

The Justice Department has two known active investigations connected to Trump, one on the effort to overturn the 2020 presidential election and the events surrounding January 6, 2021, and the other involving the handling of classified documents.

This search appears to be linked to the latter investigation. The National Archives, which is responsible for collecting and sorting presidential records, has previously said at least 15 boxes of White House documents were recovered from Mar-a-Lago, including some that were classified. Members of Trump’s former White House team have frequently said that he was careless or contemptuous of the legal requirement to archive all presidential documents and cavalier with classified information. Earlier Monday, newly revealed photos, which New York Times reporter and CNN contributor Maggie Haberman is publishing in her forthcoming book, showed documents apparently in Trump’s handwriting that he allegedly tried to flush down the toilet.
News of the FBI search of Mar-a-Lago comes after CNN first reported last week that the former President’s lawyers were in discussions with the Justice Department in connection with its investigation into the events in Washington surrounding the Capitol insurrection. Trump may also have some legal jeopardy in a separate probe in Georgia into attempts by the former President and his aides to overturn Biden’s election win in a critical swing state.

Monday’s search at Mar-a-Lago also comes against the backdrop of the House select committee’s investigation into the Capitol insurrection, which has uncovered damning new evidence about Trump’s attempts to steal the 2020 election and his failure to try to stop the violent assault on the Capitol once it was underway. The committee has not yet said whether it will recommend criminal action against the ex-President by the Justice Department.

While Democrats might take comfort in a sense that legal problems are piling up for the former President and serious criminal investigations are getting ever closer to a GOP presidential favorite, they might do well to remember the history of attempts to call him to account.

The then-President managed to wriggle clear of the Robert Mueller investigation, even though the special prosecutor noted multiple strange links between his 2016 campaign and Russia and compiled a list of occasions when many outside observers considered he tried to obstruct justice.

Trump’s two impeachments in the US House — for trying to coerce Ukraine into investigating Biden ahead of the 2020 election and over the insurrection — did not result in convictions in Senate trials or any efforts to bar him from future federal office. His extraordinary support among grassroots Republicans makes it all but impossible for politicians who want a political future to oppose him. And it doesn’t seem like anything but a clear criminal case against the ex-President could turn his supporters against him — and even that might not change their opinion of him if he responds with the right rhetoric.

That is even more true after FBI agents crossed a Rubicon on Monday by entering Trump’s pride-and-joy residence in a move that will have massive political implications, however the investigation eventually turns out. 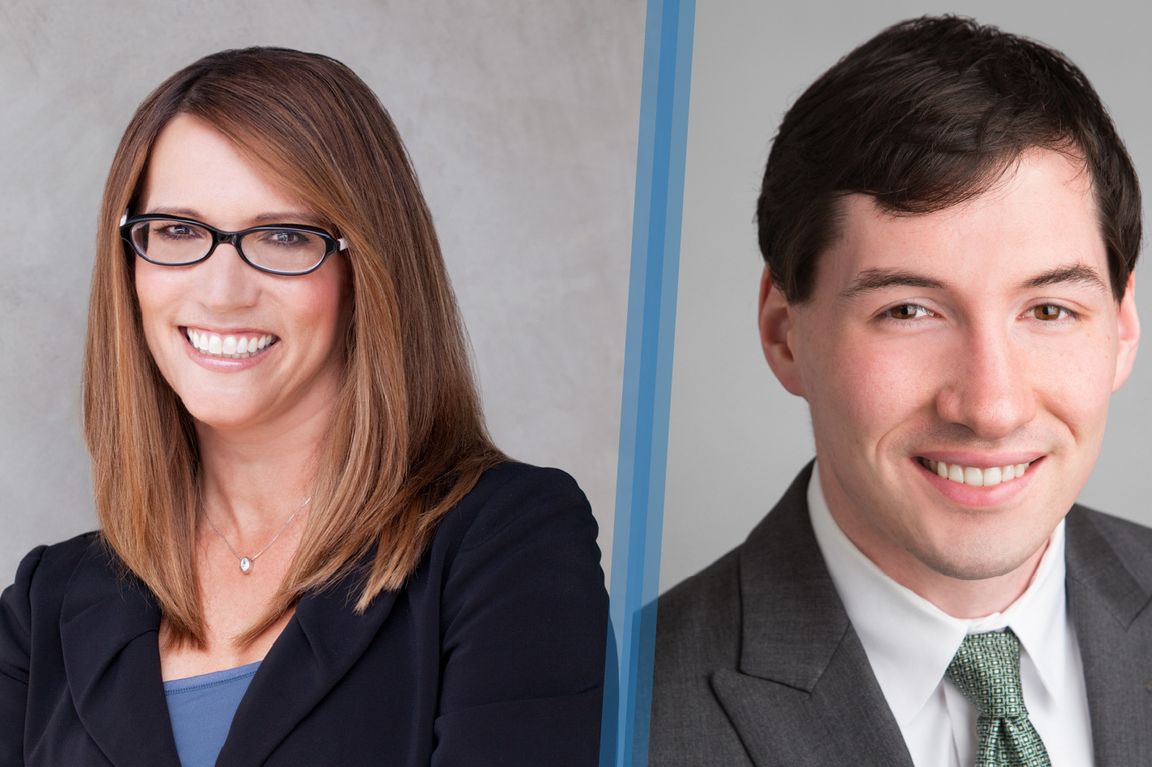