Garcia was a teacher and volunteer recruiter at Hope For Tomorrow from August 2019 to August 2021.

Around 8,000 miles away from Indianapolis lies Myanmar, the national origin of most of the Burmese Hoosier community. The civil war in Myanmar is currently the longest ongoing civil war in history, having lasted more than 60 years. Myanmar remains engulfed in poverty and war, but its residents’ struggles do not disappear when they leave their homeland. Around 5,000 to 8,000 Burmese refugees have relocated to central Indiana, many of them in the Southport-Perry Meridian and North Central school areas. Burmese restaurants and businesses dot the roadside of Meridian Street, Indianapolis’s main thoroughfare. The exponential growth of the Burmese population in Indianapolis is likely to continue, especially after the military coup that occurred two years ago triggered an exodus of refugees from the country. However, Myanmar’s coup d’etat has not stopped the Burmese from using their voice to advocate for democracy across southwest Asia, raise funds for families and communities in need, and establish foundations to help each other — and other refugees — create a new home in America.

America has always been a refuge for immigrants, but it wasn’t until the 1990s that the Burmese community started immigrating to the United States. In particular, they were attracted to the Midwest because of the numerous factory jobs and low cost of living across Midwestern cities, including Indianapolis. Walmart and FedEx are popular workplace destinations for Indianapolis immigrants, and the city has since become the largest community of Burmese refugees in the United States with nearly 25,000 individuals. The Chin, a Burmese ethnic minority, make up the largest percentage of the Burmese community in Indianapolis; they have created a neighborhood that has been nicknamed “Chindianapolis.”

Since then, Burmese immigrants have faced discrimination, difficulty in creating communities, and hardships regarding translations and accommodations. In 2016, an unidentified individual planted a racist sign proclaiming “No More Chin.” Others have accused the Burmese of living off the welfare system and “being dirty.” Many individuals in the Burmese community work low-skilled jobs in factories with long hours and little sleep. Life is not easier for families: There are few resources for Burmese children in some schools, and many students do not have access to translation, education, or citizenship support. Indianapolis has provided food stamps and health and cash assistance to many Burmese families; However, the influx of refugees to non-traditional centers of migration such as Indianapolis puts pressure on local governments to stretch community resources — and that is where Burmese-based organizations step in.

Creating a Better Tomorrow in Indianapolis — and Beyond

Justin Thang, an activist for the Burmese community, recognized these problems and created Hope For Tomorrow in 2017, where he now serves as executive director. Having been a refugee himself, Thang was well-acquainted with the issues that plagued the community. Hope For Tomorrow is one of many Burmese-led community organizations — including Burmese American Community Institute and the Chin Community of Indiana — which are working to provide cultural support to Burmese refugees as they make the transition to America. In doing so, they collaborate with community partners to provide holistic ​services — including citizenship classes, after school student programs, and citizenship application assistance — and give back to the communities in Indianapolis that have welcomed them.

Hope For Tomorrow’s After School Student Program is an example of a Burmese-led initiative that works to provide students with tutorials and remedial support, enabling them to excel in their coursework. Alexie Miller is the After School Program Director at Hope For Tomorrow. In an interview with the HPR, Miller noted that “the lack of access to education is a huge factor” for the disproportionately-low living standards among the Burmese immigrant community in Indianapolis. “Students are adversely affected by difficulties accessing education,” explained Hannah Hunt, a middle school teacher at Hope For Tomorrow and a volunteer for the Chin community of Indianapolis. She stated that “their parents cannot help them, or simply lack the time to help them.” Burmese refugees that are entering primary school often arrive in the United States with poor or no formal education because of poor or non-existent education systems in Burma. Parents are frequently forced to work long and dangerous hours; they often lack the education and the time necessary to help their children with homework.

Four years ago, Hunt started working at Hope For Tomorrow. One of the key reasons she sought out the opportunity to volunteer was because it felt like “a family”: “From the moment you work there and engage with the students and the community, you are welcomed,” she said. Like all families, individual family members in Burmese households frequently have strengths and weaknesses. “The parents are extremely supportive of their students, but they cannot support them often in a way with their schoolwork just because their English ability is at various levels,” said Hunt.

“One of the most surprising things about [Burmese people] is the diverse number of dialects they speak,” Miller said. According to the Burmese government, there are approximately 107 dialects spoken in Burma. Yet, this mosaic of languages presents a challenge when immigrating to America. According to the Office of Refugee Resettlement, the ability to speak English is the most important factor for refugees when creating self-sufficient livelihoods. Without mutual understanding between languages, “it is really hard to have better communication and relationship with their neighbors,” reasoned Thang in an interview with the HPR. To combat this problem, other local organizations such as the Burmese American Community Institute and the Chin Community of Indiana provide classes to members with the necessary skills such as English and cultural understanding to hopefully pass the citizenship test and other processes throughout the naturalization process.

In 2011, The Burmese American Community Institute was founded in Indianapolis to provide educational and vocational support. In 2020 alone, BACI helped 2,473 people with Citizenship and English language training, other immigration requirements, and university admissions. Similarly, in just three years, Hope for Tomorrow has served a total of 551 students in their Citizenship Classes and has helped over 600 students in their After School Program. Hope For Tomorrow and other similar programs form a crucial bridge in integrating refugees into American society.

Building Back the Burmese Community after COVID-19

In 2020, COVID-19 changed the lives of many Americans, including the lives of Burmese refugees. COVID-19 has already disproportionately affected refugees, with some Burmese communities in the United States reporting that 70% of their communities have been infected with COVID-19 at least once during the past two years. One of the barriers that prevented an adequate COVID-19 response was the staggeringly low literacy rate of 60% among Burmese individuals.

This is where the Chin Languages Research Project, based out of Indiana University, steps in. The project’s main objective has been to translate COVID-19 documents into Hakha-Chin, one of the main languages spoken in Burma — their graphics can be found dotting the windows of Burmese businesses. Another organization, the Chin Evangelical Baptist Church, communicates COVID-19 updates, school closures, and other important information to the entire Burmese community after religious ceremonies. The BACI combated the economic effects of COVID-19 through entrepreneurship programs that help in seeking employment, providing training, and creating small businesses.

COVID-19 didn’t only take a toll in the United States; COVID-19 has resulted in the death of nearly 8,200 deaths in Burma, which is likely an underestimate of the true number. With an ongoing pandemic and a coup d’etat occurring, Burma has been affected in several different ways, and organizations have responded respectively. Hope For Tomorrow launched a program to provide virtual learning for students in Burma and surrounding countries to attend school after schools were forced to shut down. The program offers educational support to students through a virtual setting and hopes to mitigate the effects of COVID-19 across the region and the coup d’etat in Burma. Other organizations such as the Chin Community of Indiana have taken to the streets to protest against the oppressive regime, distribute funds to the individuals in Burma, and support incoming refugees.

When asked about the current situation in Burma, Thang stated that “there are students who are joining us that are fleeing for their lives. They are joining us from Thailand refugee camps, some of them are on India’s border.” Even when a pandemic or government instability isn’t an especially visible problem, nearly 25 million people out of 55 million citizens in Burma are estimated to be facing severe poverty. “The way we live in Burma is so behind — everything is so new for us. This includes the way we cook, the way we dry out clothing. These are the most basic things and they are still so new to us,” said Thang. A pandemic, coup d’etat, and poverty continues to burden the Burmese and fuel a steady migration of refugees into Indianapolis.

At the welcoming remarks of the Spring Flowers International Conference on Myanmar, organized on the country’s 75th Union Day, Indianapolis mayor Joe Hogsett stated that “we are a city that is now more than 45% racial and ethnic minority. And of course, in recent years, our region has become the primary U.S. residence of a Burmese immigrant and refugee population.” The number of Burmese refugees is set to increase in the coming years. Organizations such as Chin Evangelical Baptist Church, the Chin Languages Research Project, and Hope For Tomorrow play a critical role in providing resources to the rising numbers of Burmese refugees in Indianapolis, demonstrating a useful model that could be helpful for other ethnic communities, and taking the task of building the American Dream into their own hands. Burmese-led nonprofit organizations run by Burmese leaders have focused on preparing youth for higher education and affirming how refugees serve as role models for their communities despite the challenges they may face.

Image by Alexander Schimmeck is licensed under the Unsplash License. 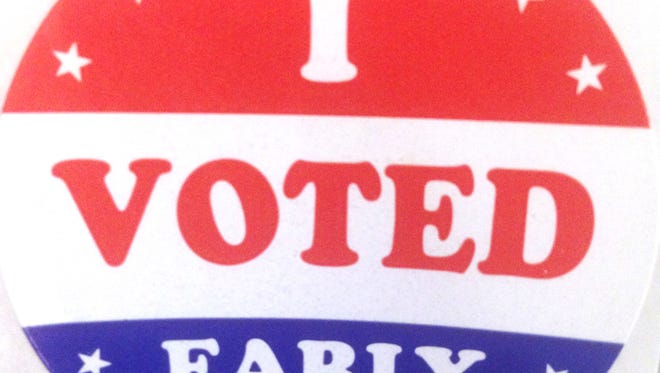 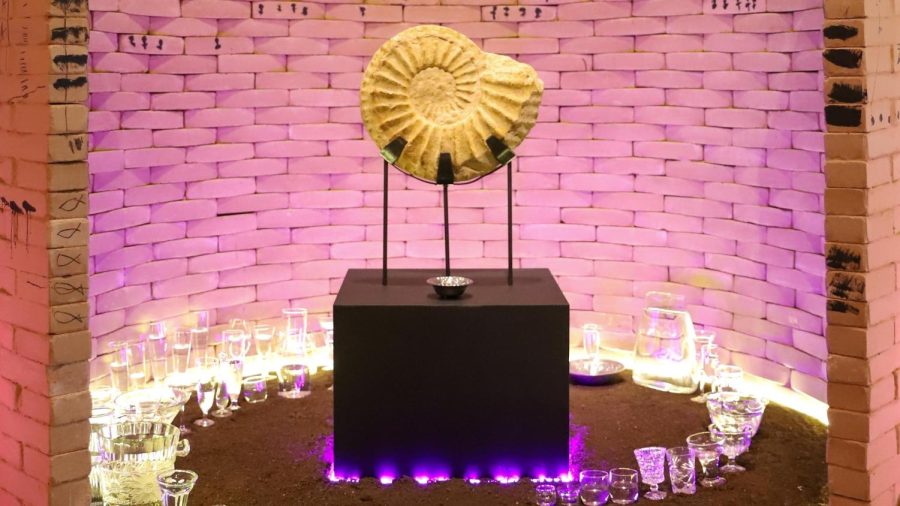