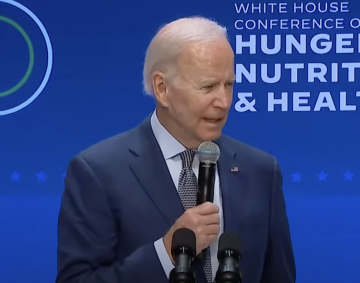 As of this coming Tuesday, there are just 35 days until Election Day. That’s not a lot of time, especially if polls show you or your cause are running behind. Politics, like many things in life, is often about trends. And there is precious little time left to change those trends or even turn them around. Let’s “brunch” on that this week.

“Gas Price Watch” – Last week, I was able to fill my tank for $3.49 a gallon. Well, this past Saturday, I was on fumes and found a real bargain at $3.29 a gallon. Wow, progress? Well, yes, in West Virginia, but then I came to hear the trend nationally is going the other way. AAA reports the national average for gas is $3.76 a gallon and rising. In the next five weeks, how much can prices really drop? Is it enough to switch your vote? Bad economic trends do not help incumbents, but they are even worse for the party in power historically. And right now, Democrats hold the White House, the Senate, and the U.S. House. Gas was $2.39 on Inauguration Day 2021. This is a big concern in the midterms, with margins in both chambers very close to begin with.

“Where’s Jackie?” – It was clearly the most talked about political event of the week. At a White House ceremony honoring the Congressional Hunger Task Force, President Biden paid tribute to a bipartisan group of lawmakers who helped, calling out a few by name. He even shouted out to Rep. Jackie Wilorski (R) Indiana. The problem was Wilorski was killed with two aides in a car accident last month in Indiana. This was just jarring and awkward.

“Pipeline Takes the Pipe” – I often weigh in on the doings of Sen. Joe Manchin (D) West Virginia, as he is clearly the most powerful member of the Senate. But he doesn’t always win in the end. This past week, Manchin lost out on a key project for his Mountain State. Manchin voted for the Inflation Reduction Act of 2022 after he was promised permitting for the controversial Mountain Valley Pipeline would be included in the bill. The MVP, as it is known, runs 300-plus miles from south of Morgantown, WV, to southeast of Roanoke, VA. The world’s largest natural gas reserves lie below that soil.

“Pipeline Perils” – What happened? Simply put, Manchin got squeezed. Environmentalist Democrats in his own party, including Sen. Bernie Sanders (I) Vermont, rebelled. Republican enemies, mad that Manchin supported the Inflation Reduction Act, did not want to reward him with the pipeline. One side issue, and it is a big one, is that many of our European allies are beings starved for energy by Russian President Vladimir Putin in his war with Ukraine. Therefore, some call the natural gas pipeline a national security issue. According to Sen. Shelley Moore Capito (R) West Virginia, who told me, “The more we liquefy natural gas we can send to Europe, the less they are going to depend on Putin and other regimes, or Iran, and other places to provide the resource.”. So, look for the pipeline to return later this year, perhaps in the Defense Re-Authorization Bill.

“Will the Government Really Shut Down?” – I have covered at least a half-dozen federal government shutdowns in my career, while I worked in DC, and in other parts of the country. This year neither party benefits if the incumbents go off the rails and it leads to a shutdown. With the Senate tied 50-50, and VP Kamala Harris as the tiebreaker, Democrats don’t need a shutdown. And with Republicans needing a net gain of six seats to take control of the U.S. House, they do not need a government shutdown either. The temporary Continuing Resolution will fund the government through mid-December, and they’ll solve the rest of this AFTER Election Day. Not a surprise, it got done Friday.

“January 6th Commission Delay” – This past Wednesday, we were supposed to see the final hearing of the House January 6th Committee investigating the 2021 Capitol riots. I’ve found these hearings riveting and insightful. But citing concerns with Hurricane Ian, the hearing was postponed. “In light of Hurricane Ian bearing down on parts of Florida, we have decided to postpone tomorrow’s proceedings,” the panel’s chair Rep. Bennie Thompson and the vice-chair Rep. Liz Cheney said in a joint statement Tuesday. “We’re praying for the safety of all those in the storm’s path.”

“Call Me Skeptical” – One of the reasons cited was that it would be unseemly for images of a highly politicized Congressional hearing, competing with video of people in a perilous life or death weather situation in Florida. That would be tone-deaf, and I buy some of it. But are there political motives, too? These hearings have been very polarizing. Are Democrats worried that if they stir up too much anti-Trump sentiment, will it backfire in November? Quite honestly, from a tactical standpoint, many Republicans look at the raid on Mar-a-Lago as a positive for the Trump side. They believe the FBI raid on a former Republican president, directed by the current Democrat-run Justice Department, makes Trump a sympathetic figure. In some quarters, that plays well. It’s political theatre on both sides, but it can have an impact.

“The Politics of Hurricanes” – In my career, I have covered twenty-two tropical storms and hurricanes, on scene. Oddly enough, five of those were in New England, where they are more common than you would think. The other seventeen were when I lived in Florida. The one constant, from a political standpoint, is how the government responds. If you lead a high-quality response, voters will remember. If you botch it, voters won’t forget. I say this because with five weeks until Election Day, Gov. Ron DeSantis (R) Florida, and Sen. Marco Rubio (R) are locked in competitive reelection races. If the emergency response goes poorly, it could cost them their job at the polls.

“Let’s Protect our Military Personnel” – I am so disturbed about the three-plus decades of people drinking cancer-causing water at Marine Base Camp Lejeune, North Carolina. Military members, family, and base staff who were there from 1953 to 1987 report a whole host of cancers and other illnesses. There are lawsuits galore seeking damages.

Mark Curtis, Ed.D., is Chief Political Reporter for the seven Nexstar Media TV stations serving West Virginia, its five neighboring states and the entire Washington, DC media market. He is also a MINDSETTER™ contributing political writer and analyst for www.GoLocalProv.com and its affiliates.

The U.S. Has Always Known Political Violence, But Seldom Has It been so Pointless