Reflecting on the Cuban missile crisis, President John Kennedy once warned that nuclear powers “must avert those confrontations which bring an adversary to a choice of either a humiliating retreat or a nuclear war.”

The showdown with Russian President Vladimir Putin over Ukraine does not yet mirror the one-minute-to-midnight brinkmanship that brought the Soviet Union and the West to the cusp of Armageddon in October 1962.

But Kennedy’s superpower logic is resounding poignantly as Putin gets backed into a corner by the strategic disaster of his war, Ukraine’s heroic resistance and an extraordinary multibillion-dollar allied conveyor of arms and ammunition.

President Joe Biden, who has always stated his twin aims are to help Ukraine defend itself and to avoid a direct escalation with Putin that could risk nuclear war, seems to have been mulling JFK’s warning.

At a fundraiser in Potomac, Maryland, on Monday night, Biden confided that he was concerned Putin had yet to devise an exit from the war, despite the former KGB officer’s “calculating” nature.

Senior national security officials, meanwhile, admit they do not yet know what kind of incremental Russian success in eastern and southern Ukraine would allow Putin to declare a victory of sorts and de-escalate the war, CNN’s Kaitlan Collins reported.

This is all a worry. But it’s one that seems somewhat discordant with US policy. After all, Washington’s explicitly stated aim in supporting Ukraine is that Putin loses the war. Biden has asked Congress for $33 billion to send military and other aid to Ukraine, and the House on Tuesday voted to pass a roughly $40 billion bill. Washington is flooding the battlefield with anti-tank and anti-aircraft missiles, radars, drones, artillery rounds and howitzers.

This aggressive Western approach, the slow progress of Putin’s war of attrition and the lack of any diplomatic effort to end the war mean that it is almost certain the Russian leader will get further backed into a dangerous corner.

Putin’s only exit option right now appears to be a capitulation, and a tacit admission that the Western effort, combined with fierce Ukrainian courage, got the better of him – a position that would be politically impossible to adopt.

There is no real consensus on what Putin might do if he’s desperate. While he doesn’t share Washington’s logical and accurate view that he’s losing the war, there’s no indication he’s suicidal and would risk a full-scale nuclear confrontation by testing Western resolve.

Several senior US officials have publicly voiced the fear that Putin might reach for tactical, lower-yield battlefield nuclear arms as an alternative to a humiliating defeat in Ukraine. There was some relief on that score on Tuesday, when Director of National Intelligence Avril Haines told a congressional committee that the US view is there is not “an imminent potential for Putin to use nuclear weapons.” And the director of the Defense Intelligence Agency, Lt. Gen. Scott Berrier, said that assessment also encompasses tactical or battlefield devices.

But it’s hardly alarmist to consider the possibility. Putin has proved himself a ruthless leader with little compunction about causing mass casualties. He razed cities in Chechnya and unleashed his forces on civilians in Syria. His war in Ukraine has featured merciless shelling and bombing of residential areas, schools, stations and shelters, and apparent war crimes by his troops. Thousands of his soldiers have died. And Putin has already used weapons of mass destruction – for instance, targeting Russian defectors on British soil with radioactive elements and nerve agents – with zero regard for civilians, according to the UK government.

Russia’s willingness to threaten the use of nuclear weapons – in a way that the Soviet Union rarely did during the Cold War – to terrorize Western publics is, meanwhile, underscoring the kind of advantage the world’s most fearsome arsenal can bring to rogue states that want to forestall the possibility of Western intervention.

While the US can be criticized for failing to give Putin the kind of way out that Biden was speculating about, such an initiative would be hard – and might not work anyway.

To begin with, Putin is not eyeing the exits. While the war is an economic, military and strategic disaster for Russia, the Kremlin leader dances to his own logic. If he can’t control all of Ukraine or topple its government, creating vast human and material destruction that prevents Ukraine from functioning as a normal economy and punishes its aspirations to join the West may be enough – and could act as a deterrent to other ex-Soviet orbit states.

That’s perhaps one reason why Haines suggested on Tuesday that the Russian leader was “preparing for a prolonged conflict in Ukraine, during which he still intends to achieve goals beyond the Donbas.” But she warned the mismatch between Putin’s military capabilities and his ambitions meant that he could be forced back into that dangerous corner – and lash out.

“The current trend increases the likelihood that President Putin will turn to more drastic means, including imposing martial law, reorienting industrial production or potentially escalatory military actions to free up the resources needed to achieve his objectives as the conflict drags on, or if he perceives Russia is losing in Ukraine,” Haines said.

The idea that Putin could be coaxed out of the strategic cul-de-sac in which he finds himself also falls down for two other reasons. First, the Russian leader refused all diplomatic off-ramps, entreaties and warnings to de-escalate the conflict before the invasion. Now the stakes for his personal prestige, political position and Russia’s reputation – as well as history’s judgment – are more acute. In fact, there were signs of a possible fresh escalation Tuesday as Belarus moved special forces to the borders of Ukraine, citing what it claimed was Western aggression.

The second reason why this may not be the time for diplomacy lies in the belief in hawkish Western capitals, like London and Washington, that Ukrainian President Volodymyr Zelensky’s forces, flush with Western arms, have earned the right to win the war – and might end up doing so. Ukraine is, after all, the wronged party, which has suffered an unprovoked invasion.

And so far, Putin hasn’t targeted arms convoys headed to Ukraine on NATO soil or staged major cyberattacks against Western targets – at least any that are publicly known. Both omissions suggest the power of deterrence.

But as the war drags on, with the constant danger of an escalation or a miscalculation that would precipitate a wider clash, cracks may be opening in the fortress of Western unity.

French President Emmanuel Macron, who tried unsuccessfully to convince Putin not to invade Ukraine, condemned the Russian leader’s bellicose Victory Day rhetoric. But he also said that eventually Ukraine and Russia would have to sit down and talk peace – a cause that would not be served by Moscow’s “humiliation.” Macron then spoke to Chinese President Xi Jinping, a Putin ally, on Tuesday, after which the Élysée Palace said they had agreed “on the urgency of a ceasefire.”

And there was a striking moment in the Oval Office on Tuesday, when Italian Prime Minister Mario Draghi, after lauding Western unity on Ukraine and condemning the Russian invasion, had this to say to Biden before the cameras:

“I have to tell you that in Italy and in Europe now, people want to put an end to … these massacres, to this violence, this butchery that’s happening. And people think about what can we do to bring peace.

“At least they want to think about the possibility of bringing a ceasefire and starting again some credible negotiations. That’s the situation right now. I think that we have to think deeply on how to address this.”

His comments reflected a growing nervousness that without some kind of outside intervention, Putin could well get pushed into the kind of corner that Kennedy was talking about in a speech at American University in June 1963.

Months earlier, as the world had held its breath in fear of nuclear war, Kennedy had engineered a way for Soviet leader Nikita Khrushchev to stand down without losing face in their standoff over Cuba.

Six decades later, some kind of similar accommodation, however painful that may be, could be required for Putin. 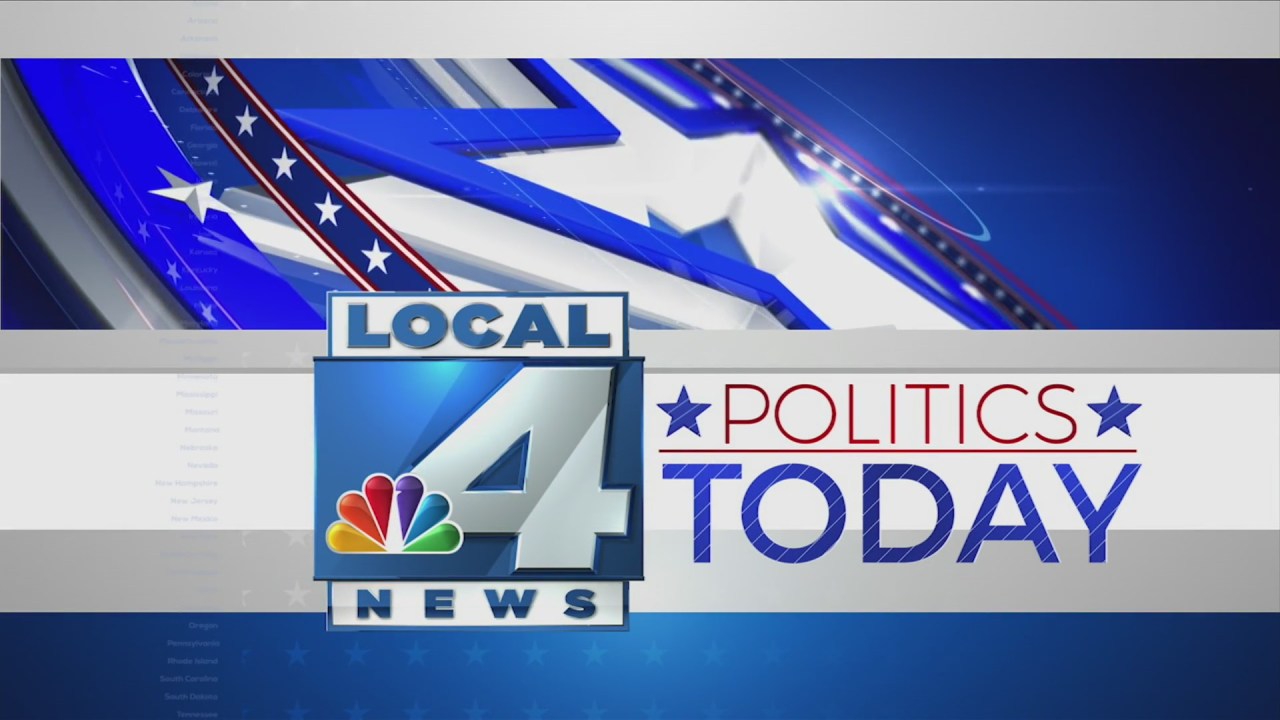 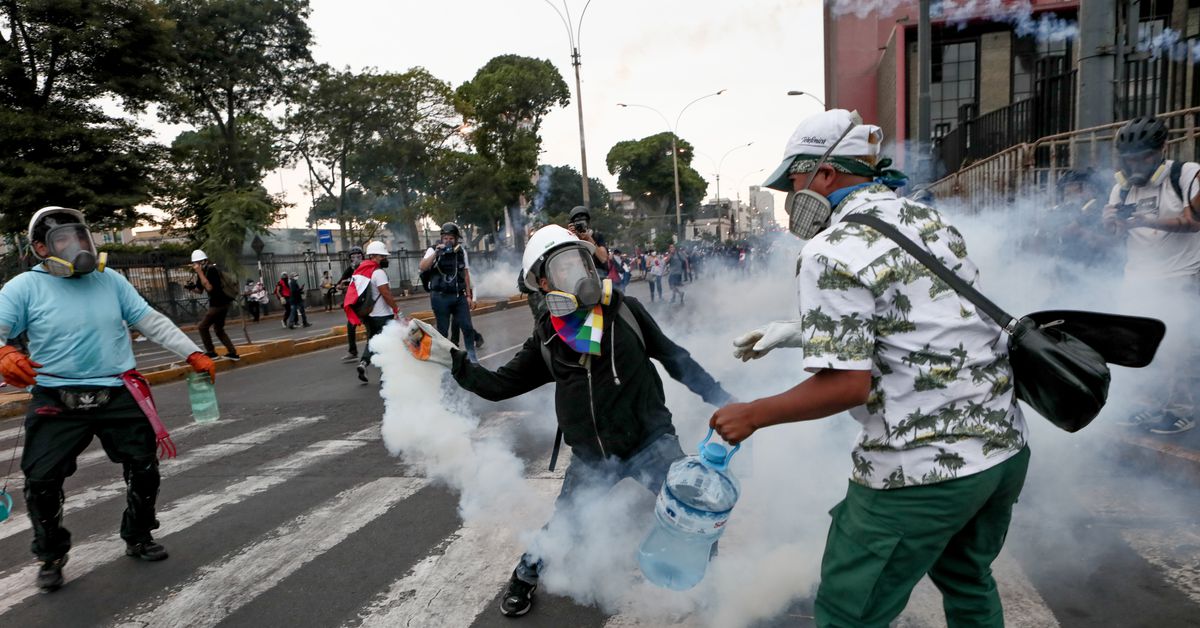