The U.S. Bureau of Labor Statistics measures the change in price for a basket of goods that the average urban American might buy. This is called the Consumer Price Index (CPI), which gives rough estimates as to what inflation is every month. For March, the Bureau reported that the CPI rose 8.5% year over year, signifying that there is roughly 8.5% inflation in the U.S. economy today.

While this way of estimating inflation might not be the end-all and be-all, it still gives consumers and investors a look behind the curtain on rising prices and inflation. With such a high number, it is becoming clear that inflation could be around for a while.

In that case, investors might want to add some stocks that will not only survive during these times but thrive. This is why I think these two inflation-beating companies, Chipotle Mexican Grill (CMG -3.01%) and Waste Management (WM -3.07%), are worth buying right now. 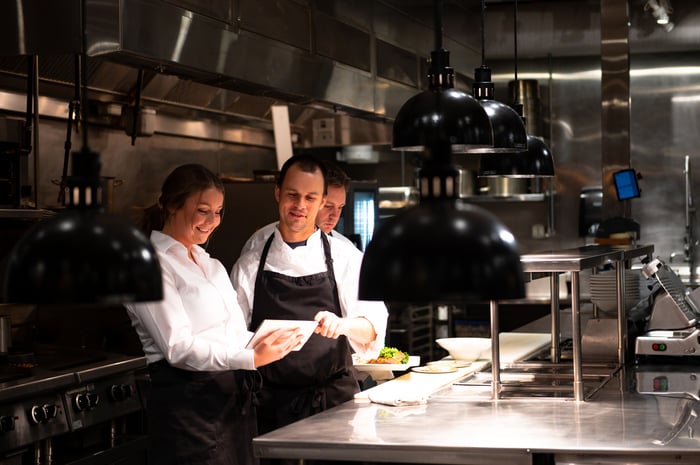 Almost everyone knows about Chipotle’s great-tasting burritos and bowls. It would be surprising if there wasn’t a restaurant close to you if you live in the U.S. The company has over 3,000 restaurants in the U.S., Canada, Germany, France, and the U.K.

Aside from its great-tasting menu, there are other aspects of the business that stand out, the first being its focus on digital ordering. While it might seem small, ordering digitally is much more efficient for stores and can result in much better profitability. After all, if nobody needs to cash you out, take your order, or ask you other questions about what you would like in your burrito, the ordering process is much cheaper and faster.

For these reasons, the company is pushing forward the rise of digital ordering. Digital sales represented 42% of food revenue in the first quarter, and out of the 51 stores it opened this quarter, 42 of them had Chipotlanes — drive-thru lanes for those who order online.

Offering rewards through the app also reinforces customer loyalty. This has been one of the ways Chipotle has built its robust brand name. How has the company used this brand name to thrive during inflation? It raised prices to push those inflationary costs onto consumers. At the end of Q1, the company raised prices by 4%. This was on top of another price hike the company enacted in December, which demonstrates the company’s ability to raise prices when needed.

As a result of these price hikes, Chipotle was able to keep its financial picture strong. Despite input costs jumping year over year, the company reported a restaurant-level operating margin of 20.7% in Q1 and generated tons of cash. Its net income was $158 million and it generated $187 million in free cash flow in Q1.

If inflation continues to rise or stagnate, Chipotle’s management is prepared as well. The company noted that while it doesn’t want to, it has the power to continue increasing prices for consumers. While the company won’t be able to raise prices forever, this shows just how durable Chipotle’s brand name is. Because of this unique ability to thrive during inflation, I think Chipotle should be a bellwether in your portfolio.

Although Waste Management’s brand reputation might not be as strong to most Americans as Chipotle’s, the company still has incredible brand power that has pushed it through these tough times. Waste Management is the leader in the U.S. trash market with 29% of all the country’s landfill volume.

Unfortunately, trash isn’t immune to inflation. The company’s overall collection and disposal expenses jumped due to growing inflation in the U.S. That being said, the company enacted price increases over the past year, which helped them maneuver the inflationary environment.

This helped the top line grow over 13% while net income jumped 22% year over year in Q1. The company’s free cash flow dragged slightly from $850 million in the year-ago period to $840 million in Q1 2022, but this was for good reason. Waste Management spent $47 million on sustainability investments in its renewable energy and recycling operations. The company plans on investing $550 million in 2022 as a whole in these sustainability initiatives, so free cash flow will likely continue to stagnate this year.

However, these investments are good for the long term. The company’s focus on sustainability shows management’s forward thinking, which could allow it to thrive in the coming years and decades. Waste Management holds a lot of keys: It is a powerful top dog with an eye on the future and decent pricing power. This position could allow investors to see impressive returns over the long term — and while shares are expensive at 39.5 times earnings, I think Waste Management is a worthy investment today. 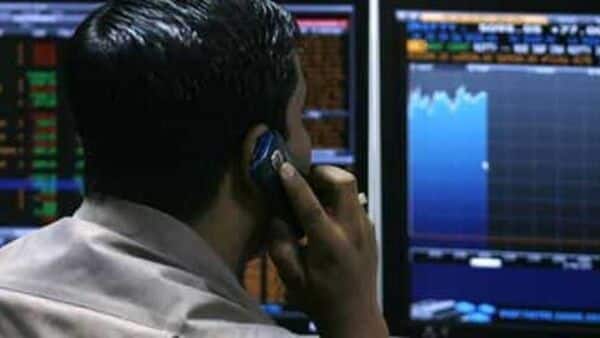